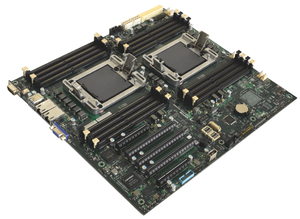 Talos™ II is Raptor Computing Systems' next-generation POWER9 platform. Focusing on security and performance, it is a dual socket PowerNV system that is available in desktop, workstation, and server form factors, or as bare mainboard.

Talos II is the successor to the proposed Talos I system.

The primary user manual for the Talos II is the T2P9D01 User's Guide For Configuration and Setup.

In addition to being available as a mainboard, prebuilt systems are also available.

NOTE: numbers are approximate and may vary. System power measured at wall with standard instruments. CPU power reported by OCC.